This involved the tragic death by drowning of a young school boy while on an adventure holiday in Yorkshire. The school party was exploring an underground cave in Nidderdale known as Manchester Hole when the cave experienced an highly unusual flooding event. The case was brought by the Health and Safety Executive who sought to prosecute North Yorkshire County Council who ran the outdoor centre. I was involved as one of several expert witnesses. The case was in court for six weeks, with ultimately the HSE losing, much to its chagrin since it seemed to challenge some of its fundamental beliefs. 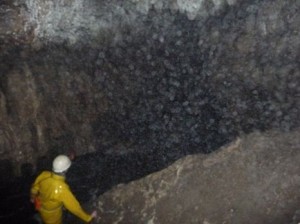 A fuller account of the case can be found in Horizons volume 51 published by the Outdoor Learning Institute in December 2010 (http://www.outdoor-learning.org/Default.aspx?tabid=137), but the main issues raised in the case from my perspective as a risk professional were:

HSE’s published position on this was decidedly ambiguous. According to its 1999 publication ‘Adventure activities centres: five steps to risk assessment’:

This statement presents a field day for policy analysts, for on the one hand it implies that young people need to meet real challenges and in so doing some risk is inevitable, but then informs that adventure should be fake (only sensed) and  not cause harm (HSE’s emphasis). Apart from its obvious inconsistencies, this contrasts sharply with HSE’s previous support of the Play Safety Forum’s policy statement which says quite simply that “Children need and want to take risks…”.

The Prosecution argued that an acceptable level of risk of serious injury or death is that it should be “negligible.” Since the HSWA requires an employer to ‘ensure’ the health and safety of employees etc, so, prima facie, if an accident occurs s/he has failed. The burden then falls upon the employer to prove that they had done everything which was reasonably practicable to ensure health and safety. The HSE alleged that because an accident had happened this proved that all reasonable measures had not been taken and NYCC had to prove otherwise, which is a curiously circuitous argument for an agency which purports to have a risk-based philosophy.

Another issue of considerable interest was whether the concept of reasonable practicability should encompass consideration of the benefits of such activities. In a civil case it likely would, but this was a criminal case where the answer was less clear cut. However, Justice Wilkie, in directing the jury, explicitly identified as a material consideration ‘the benefits of conducting the activity,’ just as Lord Reid had done in a much earlier civil case.

Oral evidence by the HSE in court was in part along the lines that health and safety systems should be designed, implemented and managed in a local authority environment in exactly the same way as in any other organisation, and frequent reference was made to one of HSE’s best-selling texts, known as ‘Successful health and safety management’ or ‘HSG65’, described on HSE’s website as an “over-arching guide on the essential philosophy of good health and safety.” HSG65 is, however, primarily written for industry, not public life, though it could be concluded from this case that HSE sees no difference. But there are differences. Local authorities are providing and managing public services for their public benefits. HSG65 was written in a benefits vacuum where such things are barely acknowledged if at all. This might conceivably be alright in an industrial environment – you wouldn’t expect factory employees to have to walk along a plank to get to the canteen, or office workers to abseil to the toilet, but in public life pitting yourself against these challenges can have benefits.

Another aspect of the HSE’s case against NYCC was targeted on alleged deficiencies of NYCC’s management system. To this end HSG65 was also frequently cited. The fact is, though, that HSG65 is an advisory document, the advice given is based on some unknown person’s opinion, the evidence-base that it is cost-effective is unidentified, and there is no legal requirement to abide by that opinion. It was not at all obvious that the kind of management system described therein was suitable for an education authority or a county council.

Much time was allocated in court to arguments about the technicalities of risk assessment and who should be involved in performing this required task.

On the technical side, the prosecution’s witnesses described the essential intricacies and interlinking of generic, site-specific, and dynamic risk assessment, which, it was said, comprised a ‘three-legged stool.’ The intended inference was that all three legs had to be equally robust to avoid catastrophic failure, but there was also an impression created that this stool was the rock upon which the safety of adventure activities rested. From a personal point of view, and as I said in court, if my children were going on an adventure activity, I should not want to rely upon such a device. Far more important would be the skill, knowledge and competence of the team leaders!

With respect to who should be doing the risk assessments, HSE’s position was that professional health and safety people employed in NYCC’s headquarters should have had a greater role in compiling the adventure activity risk assessments, whereas defence witnesses, from around the country, poured varying levels of scorn upon this proposition.

The research on expertise, with which I have become familiar in recent years, has led me to believe that there are different kinds of expertise, some of which are appropriate for certain tasks, but not for others. At the bottom of the heap is ‘beer mat knowledge’ – the sort of wisdom you gain from reading about bird flu on the back of a beer mat! In sharp contrast, interactional expertise is what you get from, say, years of participation in canoeing. The implication here is that unless there is strong evidence that anyone on NYCC’s central health and safety team had maximal ‘interactional expertise’ as in potholing experience – through years actually potholing themselves or through years and years actually discoursing with cavers about technical matters – then the only deep expertise about the dangers and so forth would have lain with the adventure leaders themselves. This position accorded with the views of the adventure leaders who gave evidence in court.